Disneyland Paris’s Electroland off to a magical start, as thousands gathered at Walt Disney Studios Park® on Saturday July 8th 2017. Fans were thrilled by DJ performances and the most iconic park rides. 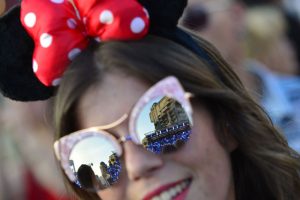 Disneyland Paris made history this weekend by hosting the first ever EDM festival at a Disney theme park. The festival which took place on Saturday enchanted festival goers with a day of high energy EDM, light shows, street entertainment and exclusive access to the park’s rides.

The show took place next to the famous Twilight Zone Tower of Terror™ and kicked off with French DJs Richard Orlinski and Michael Calfan. Australian electronic sister duo NERVO delighted the massive crowd with their high octane mixes and their incredible stage presence for one full hour of show.. 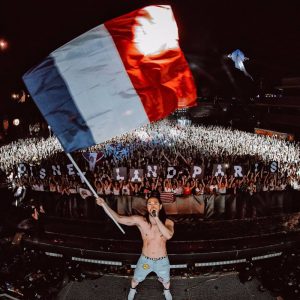 Global megastar DJ Steve Aoki was the highlight of the night entertaining the crowd with his famous tracks, some exclusive new mixes, as well as a special nod to Disney, dropping the iconic Circle of Life from the Lion King. The background for the festival stage was the iconic Twilight Zone Tower of Terror which, lit up with spectacular video mapping throughout the performances. The show concluded with an exclusive Electroland light show with videos, projections, lights, lasers and pyrotechnics.

Electroland will return for 2018 so watch this space!