Electric Elephant today announces its first wave of acts for 2016, bringing together many of the leading names in House, Disco and Electronica for 5 days at the stunning Garden Tisno site in Croatia.

Kerri Chandler will make his Electric Elephant debut in 2016! A supreme producer and flawless selector, King Kerri’s impressive discography, infectious deep house grooves and riveting DJ sets have seen him remain at the forefront of the scene since the mid 90’s. Stepping up for a Kaoz Theory vs 2020 Vision takeover, The DC10 regular and New Jersey originator is sure to impress with his first appearance at Electric Elephant. Another house maestro who needs little by way of introduction is Todd Terry. The man who defined New York house during the ’80s and ‘90s is guaranteed to get the dancefloor ‘Jumpin’. Completing this rather fine trio of US House luminaries is Chicago’s Boo Williams. Following in the footsteps of other Windy City greats like Lil‘ Louis and Ron Hardy, Williams make his name as one of the second wave of Chicago producers. With almost three decades of dance music under his belt we can’t wait to see what he has in store for our Adriatic adventure.

Moving from the birthplace of house music to the home of electronic music today – Berlin, Berghain and Panorama Bar residents Steffi, Virginia, Nick Höppner and Margaret Dygas are all confirmed for EE16. All four acts have honed their sound in a club that celebrates and puts the focus on its residents, and their subsequent releases on Ostgut Ton and other imprints have won many an admiring fan. With a shared love for discovering new music and performing, Irish duo Bicep’s DJ and production skills have seen them rise to prominence in recent years, culminating in a top 20 position in RA’s 2015 DJ poll. The Belfast boys are set to play the annual handover party between Love International and Electric Elephant on Weds 6th July as well as a special Hot Tub Jamz party later in the week. Next, a man who is no stranger to Croatia, Disco royalty Mr Greg Wilson . Celebrating 40 years as a DJ this month, Wilson’s sets are as powerful as ever, romping through an array of timeless disco and electro-funk cuts, the perfect soundtrack to sunkissed days and balmy nights in Tisno. 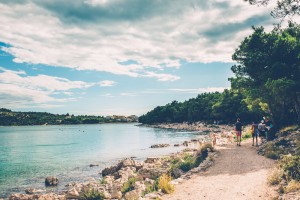 With acts including Christian Löffler, Nightmares On Wax, Ralph Lawson, Pedestrian, Tristan Da Cunha, Voyeur, Youandewan and The Warehouse Project resident Krysko also confirmed, along with new club partners including Bugged Out and Electric Chair, plus lots more still to be announced, it’s shaping up to be one of the biggest line-ups to date.

Set in a magnificent natural amphitheatre with gently rolling hills leading down to a private bay, a shimmering sandy beach and crystal clear waters, Electric Elephant offers the perfect fusion of holiday and festival. With three stages, daily boat parties and the breath-taking Barbarella’s Discotheque, the festival offers a sublimely diverse range of sounds across the electronic spectrum. Boutique accommodation, luxury Shikar tents, apartments and villas are available on site, with the coastal village of Tisno offering further options and a host of restaurants and cafes, all within easy reach of the festival. 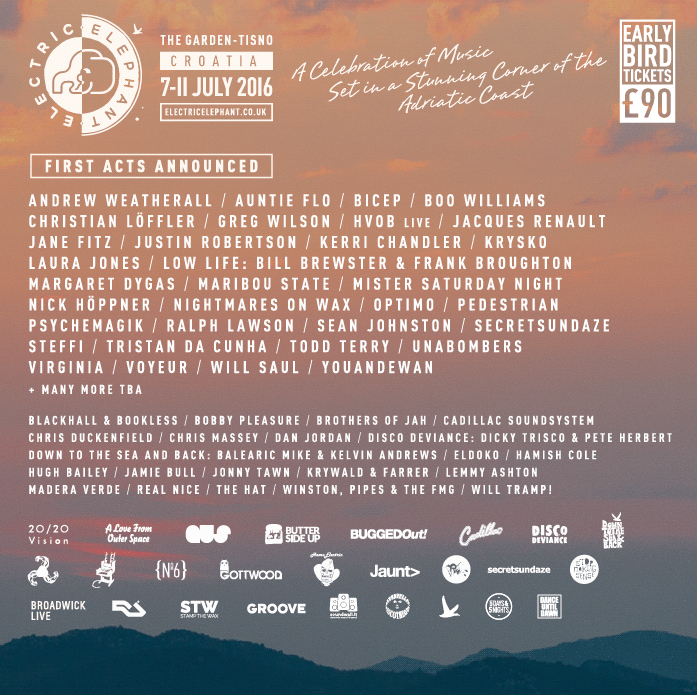