Internationally acclaimed promoter DGTL announces their date and first line up of their 2017 Amsterdam festival. To celebrate its fifth birthday, DGTL Amsterdam has curated a wide array of artists from every corner of the dance scene. 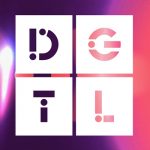 DGTL presents an evocative cross section of the sounds and styles of both past and future in electronic music. No other than Dixon, DJ Koze and HOWLING [live] are amongst the first names. DGTL Amsterdam 2017 will take place on April 15th and 16th, an opening night on the 14th and two official after parties following the festival days. Regular ticket sale starts on November 24th.

The setting for DGTL Amsterdam 2017 is the industrial landmark NDSM Werf (NDSM Docklands), the historic site where the Dutch capital’s colossal shipping wharf used to be. Enclosed by multiple warehouses and its spacious open terrain, the NDSM Werf has been the trusted location for DGTL since day one.

DGTL’s style of programming will continue in their next edition, with a mix of in-demand headliners, local acts and a selection of the breakthrough artists of tomorrow. A glimpse of the full line up has now been released. Starting off are the highly anticipated acts Dixon and Max Cooper. At the same time, revellers that want to go a little deeper can stick their teeth into names like Moscoman [live] and Kobosil [live]. Definitely one of the most prominent names on the line up this year will be HOWLING [live]. The intimate electronic band under the guidance of Ry X, scored worldwide popular and critical acclaim with their 2012 hit under the same name.

Other artists equally worth noting are creative chameleon DJ Koze, or Move D and Gerd Janson, who will be playing a special b2b set for the occasion. Also announced are Kompakt’s next big thing Weval [live], UK trailblazer Midland, and Speedy J, the Dutch techno icon.

Starting today, DGTL Amsterdam 2017 will slowly start to unfold over the next few months.