Ahead of the timely re-release of Dave Clarke’s vital Devil’s Advocate album later in the year, two key tracks from it get remixed. Stepping up on this EP are IMF boss Marcel Fengler and long running Detroit dons Octave One. 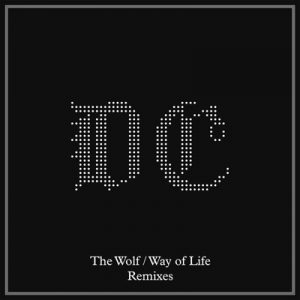 The first track tackled is „The Wolf“, and it is Marcel Fengler who does so. Over the course of many EPs and a full length on Ostgut Ton, Marcel has proved he has a take on techno that is gritty and austere and focussed on visceral rhythms. Leaning on house, garage and electro, he colours his grooves in refreshing ways and this remix is no different. It is six and a half minutes of surging techno with bleepy sci-fi melodies up top and fluttering percussion in the mid range. Racing along and taking you with it, it never lets up and is an urgent peak time cut that cannot fail to make a mark.

Then come Octave One, the veteran Detroit brothers who have defined and redefined techno many times over. Lovers of real hardware and peerless live performers, their sound is always forward looking. In remixing „Way of Life“ they show off their knack for cooking up brain frying synth modulations that burrow deep. The buoyant drums carry you along in energetic style and some wild acid lines add more texture to an already enthralling cut.