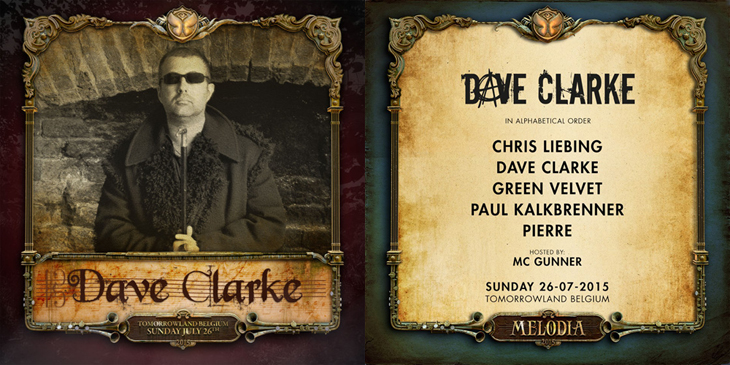 Dave Clarke is proud to present four techno titans who will join him on his stage at Tomorrowland on Sunday 26th July.

None other than Chris Liebing, Green Velvet, Paul Kalkbrenner and Pierre will take to the decks, bringing a broad range of cutting-edge underground dance music to the Opera Stage, with something for every discerning music lover.

Entrusted with the 2nd largest stage for a 4th year running, Dave Clarke will share his undying passion for techno to a sold out crowd of music fans from 220 different countries.

Says Dave Clarke: “I can’t wait to come back to Belgium and host a stage at the World’s most successful festival”

See what Dave got up to at last years event here:

As a talented DJ and producer Dave Clarke will continue his newfound love for making music, gather air miles by the gallon and preach his vision on techno both on the decks and on the radio, whilst never forgetting the long and bumpy journey he had to undertake to get where he is now: on top of the game, respected by both fans and peers and very much relevant in today’s scene. “He might be established, but he will never be establishment”. www.daveclarke.com

ABOUT TOMORROWLAND
This year over 400 artists will once again be appearing on the various colourful stages that have been constructed in the spectacular festival park De Schorre in Boom. For three whole days, 180,000 visitors will immerse themselves in a magical world. The fairytale decor, gigantic dance valley, incredible fireworks and the best DJs in the world will provide an experience like no other. Tomorrowland is being held from 24 – 16 July 2015.

The festival that started in 2005 as a one-day event already had its first edition on foreign soil in 2013: TomorrowWorld in Chattahoochee Hills (Atlanta, Georgia). 140,000 visitors found their way to this magical site in the United States. The originally Belgian festival will once again be living The American Dream this year when the festival is held there for the third time on the last weekend of September 2015.

Tomorrowland 2015 will take place from 24 – 26 July and sold out in a few hours! More info here: www.tomorrowland.com 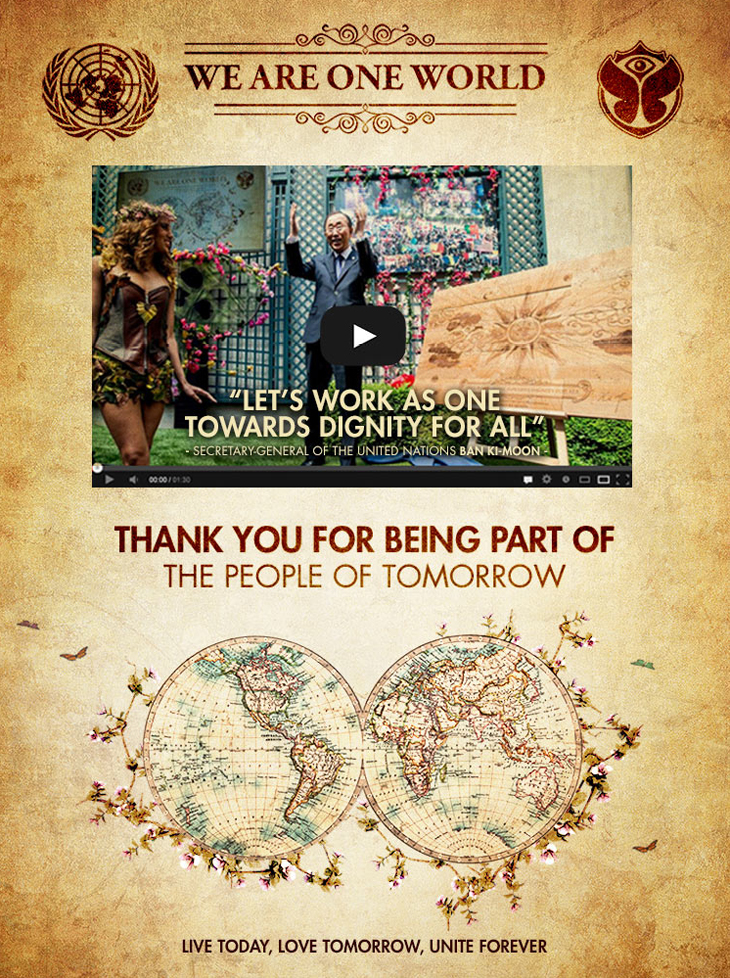