The Berlinʼs Boys Noize (Live), a.k.a. one of ten of the worldʼs best DJs according to Rolling Stone, Future Islands, a.k.a. American synth-pop icon and authors of the best song on 2014 according to Pitchfork, and the winner of the Mercury Prize 2015 Benjamin Clementine are other names shining in the line-up of Pohoda 2017. 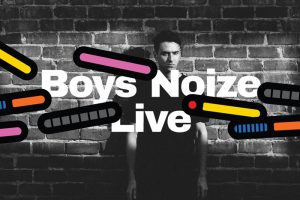 According to Rolling Stone, he’s one of the 10 DJs that rule the Earth. Beatport named him Best Electronic Artist three years in a row. He remixed Daft Punk, Depeche Mode, David Lynch, and Nine Inch Nails and collaborated with the likes of Snoop Dogg, The Black Eyed Peas, Jean-Michel Jarre, Santigold, and Mark Ronson. His sets have made the biggest clubs and festival such as Coachella, Lollapalooza, Fuji Rock or Berlin-based Berghain dance. DJ and producer Boys Noize will be playing techno and acid house at the beginning of July in SLSP Space Arena. 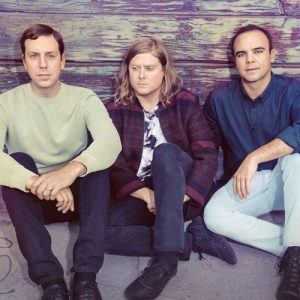 The band started as a lo-fi electro-punk band for connoisseurs, and its fan base has grown mainly due to their superb concerts. The turning point in their career came in March 2014, when they released album Singles and performed its song Seasons (Waiting On You) in the Late Show with David Letterman. Supported by the eccentric dance expression of singer Samuel T. Herring, the video went viral and the band gained recognition not just from Pitchfork reviewers but also millions of people around the world. Journalists of Pitchfork and Consequence of Sound and 500 music critics rated their Seasons (Waiting On You) the best song in the Pazz & Jop poll. This American synth-pop icon will release their fifth album The Far Field in April this year. This year, Future Islands will be one of the highlights of the Coachella festival… as well as of our festival.

Clementine started out as a homeless street musician in Paris. British media noticed him in 2013 after he performed in the Later With Jools Holland show. The Independent described him as one of the most promising new talents. The London Evening Standard and Rolling Stone likened him to Nina Simone. Rolling Stone wrote specifically: “Nina Simoneʼs brother steps into an elegant French café, sits down at the piano and tears open a vein…” In early January 2015, he released his debut At Least for Now: it made it to iTunesʼs top 10 in eight European countries, and became number one in France. The greatest success, however, came at the end of that year, when he won the Mercury Prize for the best British album of the year. He left behind artists like Jamie XX, Aphex Twin, Florence + the Machine, Roisin Murphy, and the already announced names of our line-up, Slaves and C-Duncan. He recently sang in a new piece of Gorillaz called Hallelujah Money. His unmistakable voice and expression are likened to singers such as Nina Simone, Edith Piaf, Rufus Wainwright, and Nat King Cole. The media extol especially his emotionally charged live performances. You will see one of them also at Pohoda 2017.