BOYS NOIZE, BRITISH MURDER BOYS, GARY BECK AND MANY OTHERS FOR „DAVE CLARKE PRESENTS“ AT ADE 2017 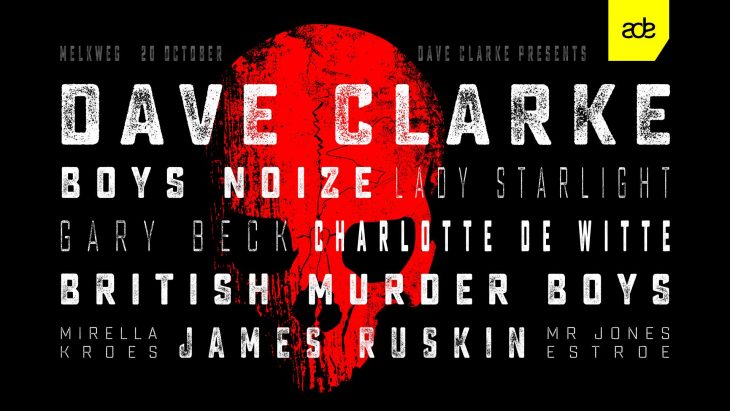 BOYS NOIZE, BRITISH MURDER BOYS, GARY BECK AND MANY OTHERS FOR „DAVE CLARKE PRESENTS“ AT ADE 2017

„Dave Clarke Presents“ will be back at ADE 2017 for it’s 13th edition at Melkweg Amsterdam with a stellar line-up with Boys Noize, Gary Beck, James Ruskin, the comeback of British Murder Boys (Regis & Surgeon), a performance by Lady Starlight and some of the low countries finest with Estroe, Mirella Kroes, Charlotte de Witte and Mr. Jones.

Who better to headline this edition of Dave Clarke Presents than DJ/producer/label boss Alexander Ridha aka **Boys Noize **who effortlessly merges various styles with influences of hip-hop and disco roots as well as heavy noise and electro house sounds and his sets are equally uplifting, not only technically but also as a showman.

Fans of techno will be happy to see the return of Gary Beck. The Scotsman is a fantastic dj and producer, having released productions on renowned labels including Cocoon and Saved with his latest release ‘Famoo Funk’, receiving support from Clarke’s own ‘White Noise’ show and BBC Radio 1.

Then there’s James Ruskin, the versatile Blueprint label boss who is responsible for some of Surgeon, Lakker and Samuel Gerridge’s best tracks. As a dj and producer, he constantly reinvents himself, whether it’s his solo tracks, or the collabs he does with Mark Broom or Regis as O/V/R.

Having made quite the impression at last year’s event, it should come as no surprise to see Charlotte de Witte on the line-up. The Flemish dj and producer found herself embraced by the techno scene in a very short amount of time, largely thanks to her love for the darker side of techno.

The Amsterdam Dance Event takes place from the 18th to 22nd of October, 2017. 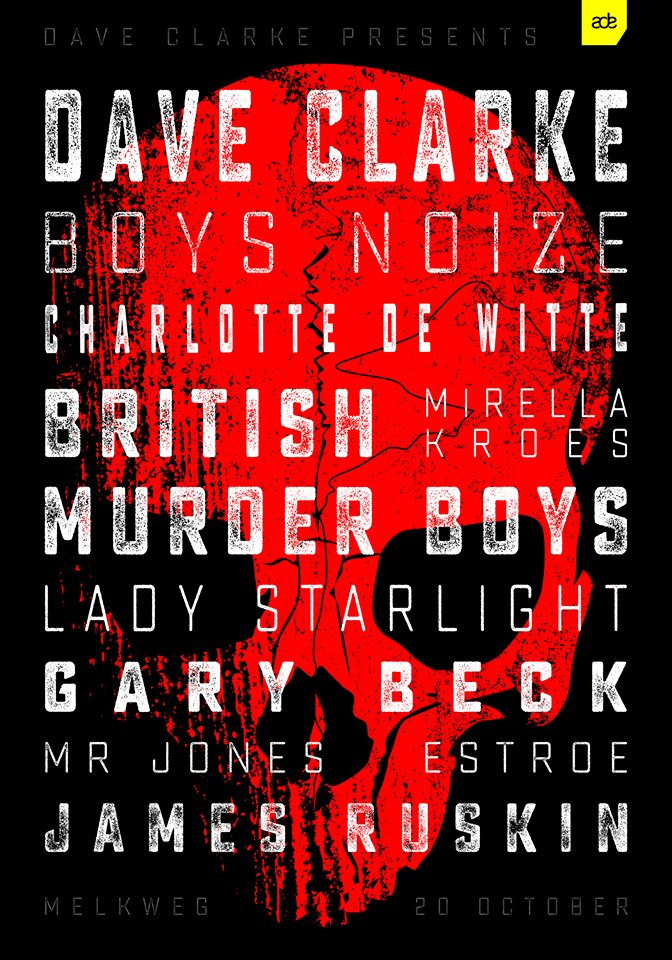