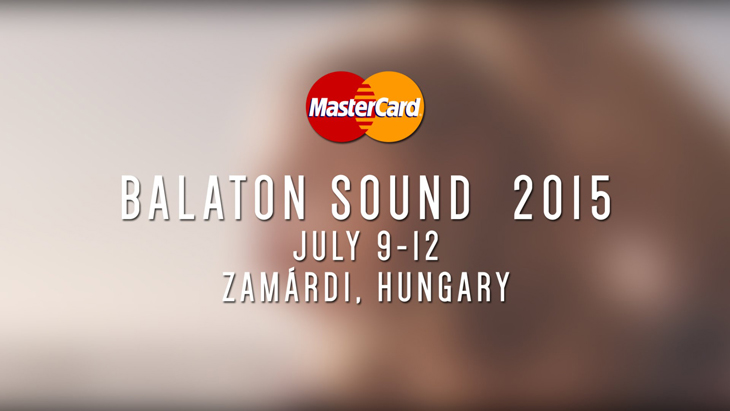 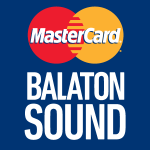 There is no stopping when it comes to the line-up of MasterCard Balaton Sound. Besides the EDM superstars, organizers have now announced prominent names as Jason Derulo, Pusha T and Ludacris as well as several names for fans of house, tech house and minimal electronica. Faithless is having a comeback this year with their Faithless 2.0 tour, Zedd, Kaskade and many more are confirmed to the already prestigious line-up of the premium festival. The 4+1 day frenetic party on the beach of Lake Balaton is held between 8-12 July in Zamárdi, Hungary.

Summer is coming and MasterCard Balaton Sound tickets are selling quickly. By now it’s not a surprise, considering the fact that this is one of the few electronic music festivals with a real lakeside connection, as about 2 km of beach awaits fans of music and summer right at the festival area. After the sell out of the Early Bird passes, organizers recommend fans still without tickets not to wait too much longer with their decision to come. Those who choose to party hard with their favorites in Zamárdi can not only get the 4 regular festival days, but also an additional Day 0 (8th July), featuring Tiesto, Oliver Heldens, Moti and more. This day turns out to be more than just a warm-up day as almost all venues will be in operation to give a good kick start before the „regular“ days. Day tickets are also available for Day 0, but these are selling fast and the Early Bird priced versions are almost gone, so again, be quick if you consider coming.

As MasterCard Balaton Sound is situated exactly at the shores of Lake Balaton, the biggest lake of Central Europe, during the day special and extraordinary water installations will mesmerize the audience and enhance the chill part of the day. Several piers will be built with bars, so there will be no need to leave the festival area to enjoy the summer days combined with music. However, those who are looking for a beauty sleep can choose from a wide range of accommodation possibilities in the neighborhood of Zamárdi. All accommodation options are listed at balatonsound.com/accommodation. The festival area itself will also undergo some infrastructural developments, so the party will go flawlessly even in the – hopefully unlikely – case the weather is not supporting the event. 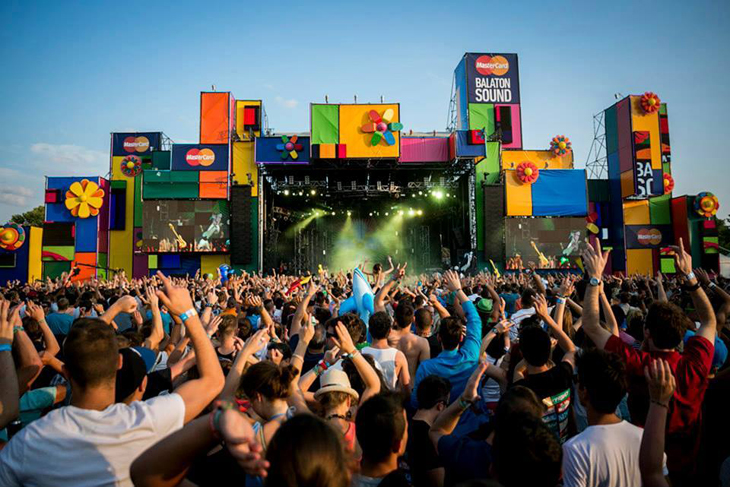 MasterCard Balaton Sound always hosts the top DJs and electronic acts, so this year Tiesto, Hardwell, Faithless, Axwell Λ Ingrosso, Dimitri Vegas & Like Mike, Nicky Romero and many others are already part of the line-up. In this new wave of announcement, organizers have revealed prominent names from the hip-hop scene to please their fans. Although the number of international all-star acts is already above 50, some have been missing the main names of the Terrace, that is one of the most popular venues at Balaton Sound with always a very compelling line-up of house, tech house and minimal electronica. Well, they have also arrived, so let’s see the new names.

MasterCard Balaton Sound is proud to announce world-known singer-songwriter and dancer Jason Derulo, who has sold over 45 million singles and has achieved ten career platinum singles. Strengthening the hip-hop vibe of MasterCard Balaton Sound with 17 Grammy nominations, Ludacris will bring the rhythms to the shores of Zamárdi. He has sold over 19.5 million units in the United States, and approximately 7 million overseas.  His 8th studio album, Ludaversal, is out now and is sure to stick to the successful tradition he has established. In addition, American hip-hop recording artist Pusha T will also be present. His debut album, My Name is My Name, was released in 2013 and features artists like Kanye West, Pharrell Williams, Kendrick Lamar and many more.

Representing the endless parties at the Terrace, Balaton Sound is glad to announce one of dance music’s most recognizable characters, Seth Troxler as well as The Martinez Brothers, two young men from the Bronx and emerging leaders in the global house music market. Also in the line-up electronic DJ/producer and musician, Guy Gerber, who specializes in making music with synthesizers and live instrumentation in the techno scene and German house and dance DJ-producer, Oliver Koletzki.

Bakermat, Dutch artist and record producer with a mix of electronic, house, deep house and techno music produced in a minimalist manner with jazz and soul influences will also join the party, as well as English electronic record producer Oliver Dene Jones, aka Skream, one of dubstep’s first and most prominent producers who has played an important role in the genre’s development. Terrace will also feature Jackmaster and German DJ and producer Alle Farben, who has conquered the world with his single ‚She Moves‘. British DJ and producer George FitzGerald, who will release ‘Fading Love’, his debut album on 27th April 2015, will also get to Zamardi this summer.

Organizers are also proud to announce AronChupa, known as one of Sweden’s most striking musical exports of the time and Elliphant, who has made waves internationally with a series of unclassifiable catchy jams, outrageous, stylish videos, and an unpredictable, outspoken persona. Teaming up to have an amazing party, Noisia Invites will feature Noisia, Alix Perez and Teddy Killerz. In addition, talented and promising duo of electronic music, ODESZA will bring its irresistible, startling dreaminess, addictive drums and fathoms-deep bass. From the influential Dutch circuit to his place at the forefront of global dance music, R3HAB now stands for a brand and will make the crowd crazy at Sound as well as Tony Junior, a Dutch musical prodigy known for his diva-like behavior on stage, his worldwide appealing tunes and also for his soon-to-be TV star status. Charismatic leader of Faithless will also arrive to Balaton Sound with a new formation of his called Maxi Jazz & The E-Type Boys. 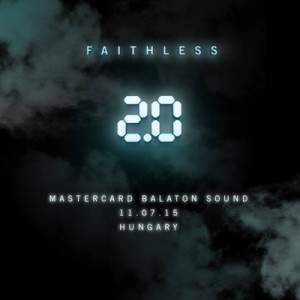 Balaton Sound is proud to announce Faithless. Zamárdi will be one of the stops of the Faithless 2.0 tour, celebrating 20 years of one of the most successful electronic acts. This year Maxi Jazz, Sister Bliss and Rollo are back in the studio together working on an exciting project of which all will be reveled this summer. Zedd, already a powerhouse beyond the EDM realm, is also . His originality and momentum will unquestionably impress the crowd. Ryan Raddon, known as Kaskade, has been in the trenches of the EDM scene as an original recording artist and in-demand DJ for more than a decade, while inspiring the masses, Laidback Luke rewired a worldwide passion for dance music and set a new precedent for fan interaction along the way. Both of them coming to the hard-core party by Lake Balaton. 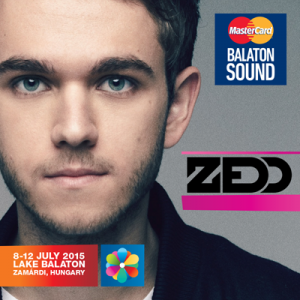 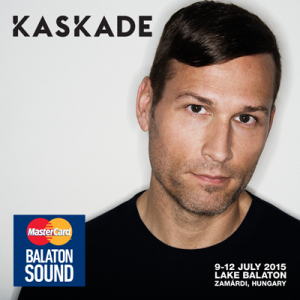 Leading a wave of new skool D+B talent from Europe with his blend of uplifting, melancholic melodies and heavy dancefloor bass + beats, Netsky’s popularity is astounding, this time arriving to Sound with his Netsky LIVE! show with a full band. Also in the line-up: Art Department, who has transcended scenes and broken down walls as underground artists as few others have, while Dannic, a highly prodigious DJ and producer is one of the hottest acts to have emerged from the new generation of Dutch artists breaking through in recent years. In addition, Dyro is also among the new names, whose journey to the upper ranks of the electronic music scenes marks him out amongst his peers as one of the most talented artists to have emerged from the new generation of Dutch house artists currently taking over the industry. Âme, the DJ/production duo of Kristian Beyer and Frank Wiedemann, have vibrant tunes lodged in their brains, while Flosstradamus spent the last 8 years breaking new sounds around the globe and becoming club kings in the process. From the vivid city of Budapest, two Hungarian producers that go by the name of David and Sullivan form: Stadiumx, you can expect lots of new game changing productions that will make you experience their unique sound and world. 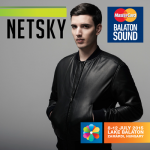 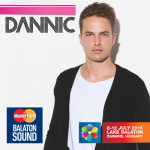 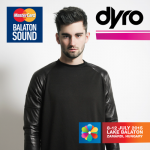 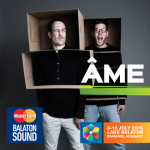