Balaton Sound, the 5-day non-stop beach themed music festival situated on the stunning Lake Balaton, has revealed their first phase of acclaimed talent to perform at the major open-air festival between 4th – 8th July 2018, with Martin Garrix, The Chainsmokers, DJ Snake and Jonas Blueall confirmed for the stellar billing set to invade the main stage next summer.

The 5-day crazy beach party, and sister of Sziget festival in Hungary, will also welcome the likes of David Guetta, Dimitri Vegas & Like Mike, Nervo, Ty Dolla Sign, W&W, and Timmy Trumpet all performing on the biggest stage of Balaton Sound, with several yet-to-be-announced acts performing across the Heineken Beach, and Arena stages.

Balaton Sound has multiple venues with a different focus in music, with tickets available from 7th December onwards. The best-priced tickets are only available for 72 hours, during the Early Bird ticket sales, from noon (CET) 7th December until noon (CET) 10th December. Similarly to last year, this year visitors can obtain various types of passes. The 5-Day Pass, gives the full crazy beach party experience at Lake Balaton, whilst the 3-day option gives fans a chance to enjoy a split of three of the main days of the festival (4-5-6 July) or (6-7-8 July). For those who are looking for some extra comfort and specialty, the VIP passes and VIP day tickets are available with a separate VIP entrance and entry to the VIP area with a grandstand facing the Main Stage. 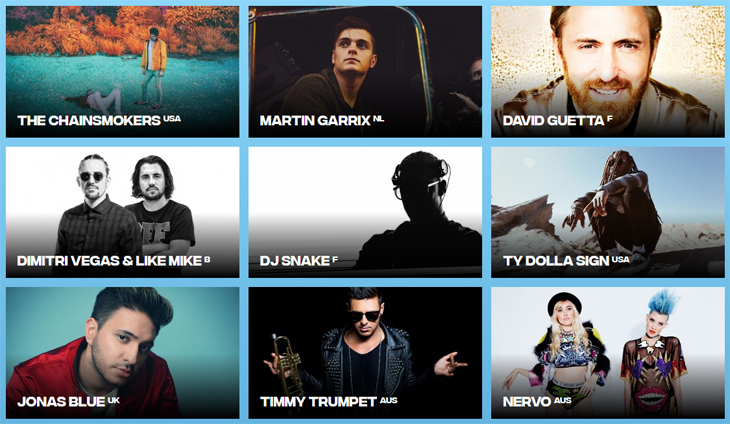