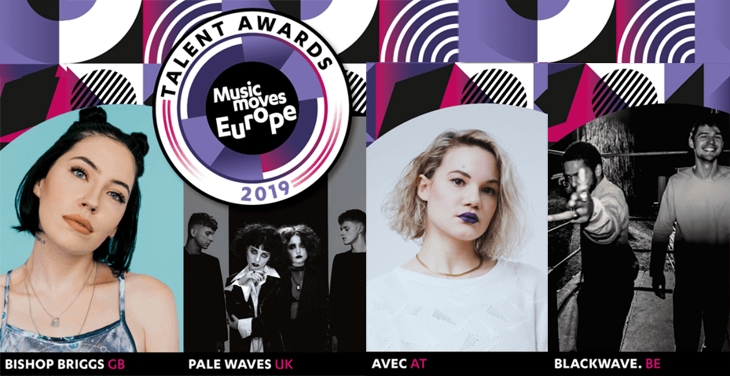 The first winners of the Music Moves Europe Talent Awards have been revealed. Following the announcement of the twenty-four nominees at Reeperbahn, an international jury selected twelve winners, who represent the European sound of today and tomorrow.

The Music Moves Europe Talent Awards are the new European Union Prize for popular and contemporary music. The prizes will be awarded at ESNS (Eurosonic Noorderslag) in Groningen. Additionally, the general public will select another winner from each category through the Public Choice Award through online voting, starting today. The Public Choice Award winners will be revealed at the award ceremony on Wednesday January 16, 2019.

The Prize
The aim of the Music Moves Europe Talent Awards is to celebrate new and upcoming artists from Europe and support them in order to help them develop and accelerate their international careers. Therefore, the prize package consists of €5000 tour and promotion support, several performances at ESNS, free publicity and a tailor made training programme. 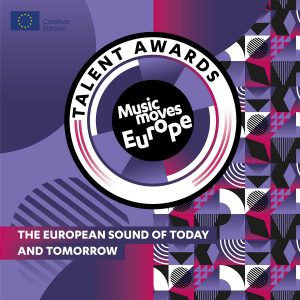 Music Moves Europe
Music is one of the most popular forms of art, widely consumed, and a vibrant expression of Europe’s cultural diversity. Music Moves Europe, the overarching framework for the European Commission’s policies and actions in support of the European music sector, and Creative Europe, the EU funding programme for the culture and audiovisual sectors, aim to help the music sector flourish by, among other things, supporting the European Border Breakers Awards in previous years. As from now, to enhance creativity, diversity and competitiveness even better, this former prize is being replaced by the annual Music Moves Europe Talent Awards.