Atlas Electronic is bringing the party to Casablanca, Marrakech, Rotterdam, and Bristol in a very special showcase tour next month. A unique chance for those of you who aren’t familiar with the concept or the four-day festival to check out what they can bring to the table.

The urge for cross-cultural development is strong, as this new showcase tour announcement of Atlas Electronic suggests. It seems they have set their hearts on an international audience and this feels like an honest attempt in reaching them. Exclusive collaborations, cultural art exhibitions, and parties right at your doorstep. These showcases are an awesome way to get to know the sound and crowd. Guess what, one might just be near you! 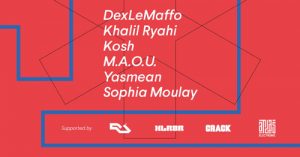 This showcase tour will be kicked off in no place else but Casablanca, home to some of the best underground Moroccan DJs in the biggest city of Morocco. Tunes will be provided by a mix of local and foreign artists like DexLeMaffo, Yasmean, M.A.O.U., Kosh, Khalil Ryahi, and Sophia Moulay – giving you an exclusive preview of what summer is going to sound like. After dancing the night away to a selection of some of the finest tunes, the journey continues. 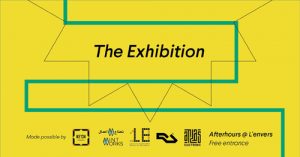 Traditional arts and craftsmanship have always been the backbone of the vibrant red city of Marrakech. During Atlas Electronic Showcase Marrakech you can enjoy the most progressive and seasonable art in all forms, created by young local artists in collaboration with KE’CH Collective and Mint Works – frontiers on the artistic battlefield of Morocco. Amongst these artists are Mo Baala, a promising talent and one of the fastest growing newcomer of the Marrakech Bienalle, and wordsmith Mehdi El Ghaly, the storyteller. In search of a location to fit the occasion, only a multidisciplinary hotbed for creative arts like the beautiful riad behind the mysterious door of Le 18 deemed fitting. Complete your experience only a 9-minute bike ride away, where tunes will be provided during the Afterhours at L’Enverse. 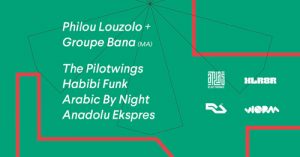 For those who can’t make it to Morocco, no worries, Atlas Electronic is coming to Europe as well. First up is the harbor city of Rotterdam, for a very special collaboration between the unmatched Moroccan Groupe Bana and local hero Philou Louzolo. On May 12th the outcome of an intimate two-day studio session will be presented in a live concert, at the institute for avantgardistic recreation: Worm. After the live concert the party will continue until the early hours, with the best of the best provided by The Pilotwings, Habibi Funk, Arabic By Night, and Anadolu Ekspres – names you might recognize from the recently announced line-up. 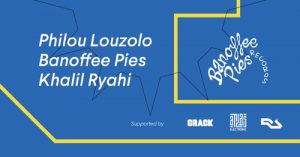 Because of its buzzing underground music scene, no final destination could have been more appropriate for a showcase tour of an electronic music festival than Bristol. For this event, Atlas Electronic teamed up with Banoffee Pies and media partner Crack Magazine in a quest to deliver you the best of forward-thinking, cross-cultural, and mind-expanding sounds. With Philou Louzolo and Khalil Ryahi from the Netherlands and the local warriors of Banoffee Pies behind the decks, it’s almost a crime not to celebrate musical and artistic freedom within the four walls of the Old Bridewell Police Station (The Island) in Bristol city center.

Through hosting parties, live concerts, an art-exhibition, and studio sessions Atlas Electronic proofs to be more than a festival – a movement for the people. Although the actual festival might seem a lifetime away, this showcase tour might be just what you need to keep your dancing shoes from collecting dust!