Sunday 30th August represents a landmark date in the world of drum and bass as South West Four welcomes the scene’s leading imprint, RAM Records, for their biggest ever UK showcase. 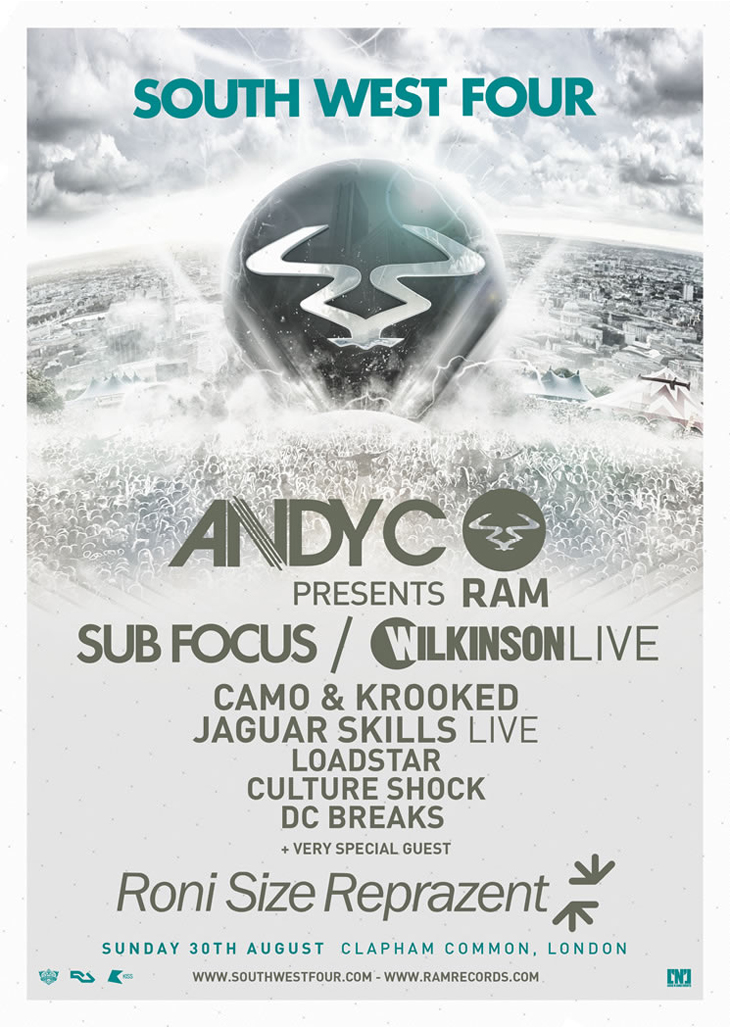 The pioneering label has been responsible for finding and developing many of the genre’s greatest artists during its twenty three year history, as well as hosting residencies at the planet’s leading clubs. However nothing can prepare us for what RAM has in store for us at SW4. Label boss Andy C will spearhead the attack and be joined by some of the finest talent to have ever entered the drum and bass world. With Sub Focus, Wilkinson [Live] and Jaguar Skills [Live] already announced, we can reveal the next five additions who will collectively make London’s biggest ever drum and bass line up one we’ll never forget…

In addition to unveiling the RAM stage line-up, this week also brings some very important ticket news. With thousands of you already booked for your place on Clapham Common across the August Bank Holiday Weekend, we can confirm that Saturday and Sunday day tickets will increase in price at midday on Friday 1st May. At this point we will be down to our last remaining Saturday tickets and the final allocation of weekend tickets. To purchase South West Four tickets at the best possible price CLICK HERE. 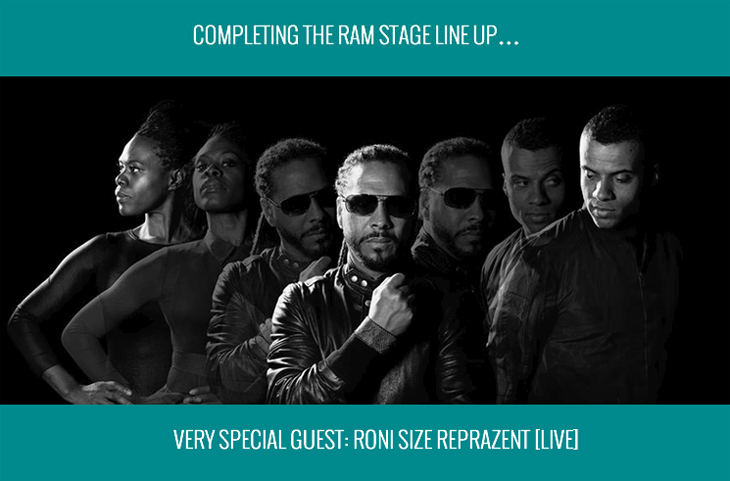 After witnessing the emphatic return of the ground-breaking Roni Size Reprazent [Live] with a string of sold out shows last year, it was time to get our hands on this drum and bass phenomenon and showcase their talents at South West Four. The seven piece band comprising of Roni Size, Dynamite MC, Onallee, Si John, D Product, Jay Wilcox and Yuval Gabay are an act we’ve deeply loved over the years, so to bring them to Clapham Common is quite simply mission accomplished. They join Andy C and RAM as the stage’s very special guests, with a promise to deliver an extraordinary live show that is sure to go down in SW4 history. 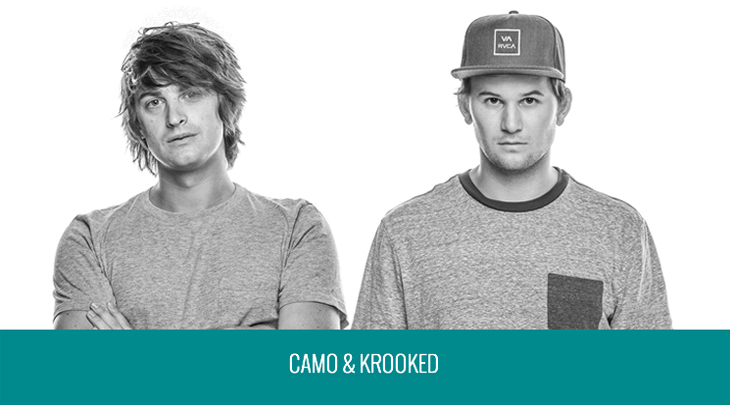 Hailing from Vienna, Camo & Krooked are one of the most electrifying duos of today and one that we welcome to South West Four for the very first time. Having championed the scene for over a decade, their infectious sound has spread worldwide resulting in an army of revellers eagerly awaiting their next move. As leading pioneers of drum and bass, their last London visit saw the Austrian duo ignite Brixton Academy on New Years Eve and if that was anything to go by, you’d better hold tight. 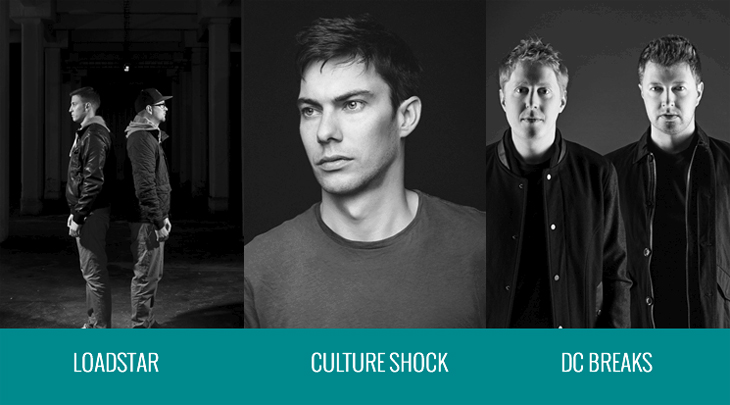 By fusing their individual styles, Loadstar have created a unique sound that imbues club dance floors and festival arenas alike with incredible energy and impeccable musical precision. Having just completed an incredible tour of the US and Canada including a standout date at RAM’s Miami WMC takeover, the hype for the London return of these firm RAM favourites has never been greater.

Celebrated as one of the imprint’s most talented artists, we are delighted to welcome Culture Shock to SW4. Boasting an array of hugely creative productions and immensely eclectic DJ sets, Culture Shock is a force to be reckoned with. As one of the most exciting acts to emerge from RAM’s melting-pot of talent in recent years, Culture Shock is sure to rattle Clapham Common to its core.

When it comes to crafting fierce dance-floor weapons, DC Breaks are at the top of the class. Signed to RAM thanks to their brilliant production skills, the British duo have gone on to release a catalogue of drum and bass debauchery on the label. With their latest offering ‘Faithless’ ft Bianca receiving unconditional support from Andy C himself, their exclusive summer performance will not disappoint. 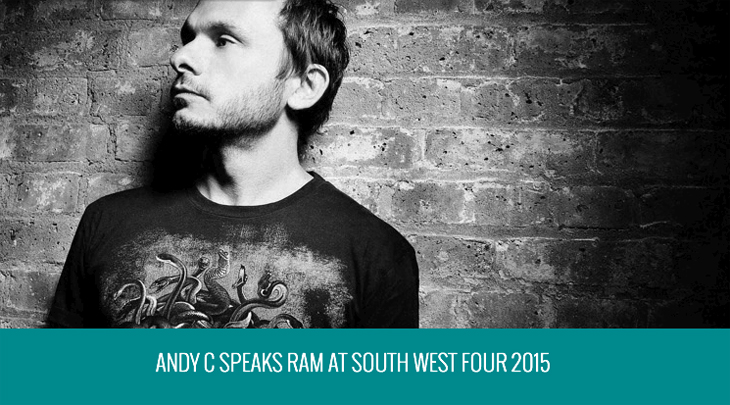 The last 12 months has proved to be the most successful of Andy C’s career, capped off with a six hour marathon set at a sold out Brixton Academy last October. Returning to SW4 in a London festival exclusive, The Executioner will rock SW4 off the back of numerous worldwide headline performances. A true SW4 favourite, we spoke with the RAM Records boss recently about the TWO very special sets he will play on Clapham Common on Sunday 30th August and how SW4 2015 represents a landmark date in his incredible career… 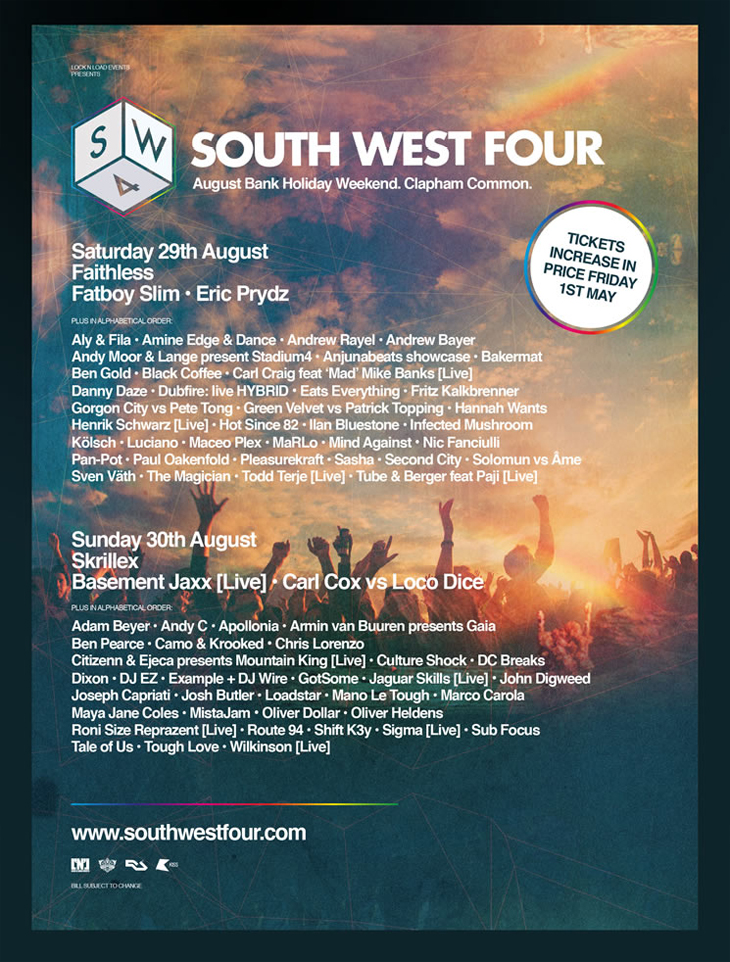