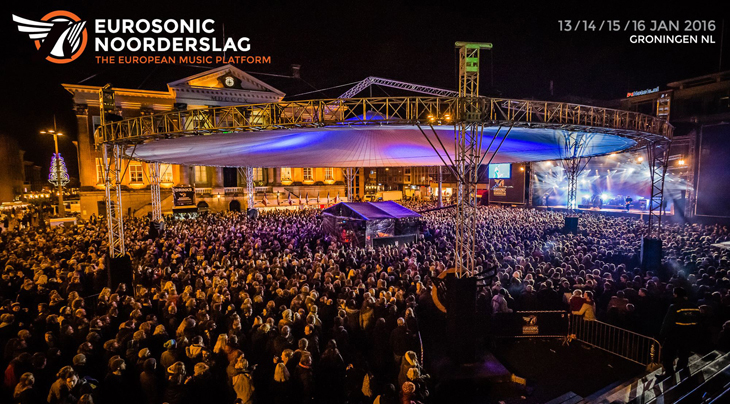 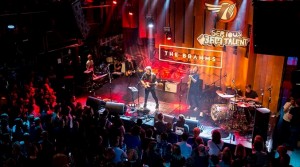 Last night the four day birthday party of 30 year old Eurosonic Noorderslag ended in the city of Groningen, The Netherlands. Taking place from 13th – 16th January, the European Music Platform stayed true to its ethos of stimulating the circulation of European Music by showcasing 345 European acts, among which 34 were from the 14 countries within the CEE focus region. During the day 4,124 international professionals from 40 countries participated in the Eurosonic Noorderslag conference and European Production Innovation Conference (EPIC) in order to network and discuss all the latest developments in the European music industry.

Founder and creative director Peter Smidt is proudly looking back at 30 successful years of Eurosonic Noorderslag. “In 30 years time the European and the Dutch music sector have grown immensely as well in quantity as quality.”

On Thursday January 14 Eurosonic Noorderslag, in partnership with the European Broadcasting Union and with the support of the European Commission, launched the European Border Breakers Charts. This weekly set of airplay-based charts will monitor new European artists who are receiving radio airplay outside of their country of origin.

Festivals and European Talent Exchange Programme (ETEP)
In 43 venues in the city of Groningen 345 promising acts presented themselves to an audience of music professionals and other music lovers. At the conference today the ETEP festivals presented their first selection of acts to be booked for their upcoming events. The acts with the most mentions were: Blossoms (UK), Dubioza Kolektiv (BA), Nao (UK), John Coffey (NL) and Liima (DK/FI).

Christoph Hubert of Yourope:
“Last year we asked all European festival members of Yourope, which new acts were highlights from last years festival season. The list consisted of 85% of acts that played at Eurosonic Noorderslag 2015.”

Media
The anniversary edition also gained huge attention in the media. The showcase festival and conference was attended by 425 journalists from all over the world. Due to the partnership of the European Broadcasting Union 37 public radio stations from Europe participated in the event. The festival was covered by public radio stations from 10 countries, making 20 live broadcasts with a total of 20 hours. The EBBA show will be broadcast by a proximally 15 European publication television stations.

Focus 2017
Next years edition of Eurosonic Noorderslag will focus on music from Portugal.
Sais Nuno Saraiva from WHY Portugal: “Being focus country at Eurosonic Noorderslag 2017 is the best opportunity to bridge the gap between the new music made in Portugal and other new music markets, introducing the wealth of musical genres currently made in Portugal to a much wider audience.”

The next edition of Eurosonic Noorderslag will take place from January 11 to 14, 2017 in Groningen, The Netherlands. 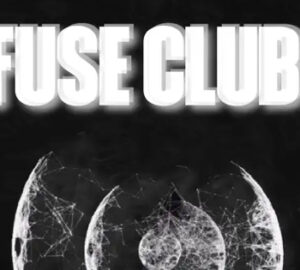