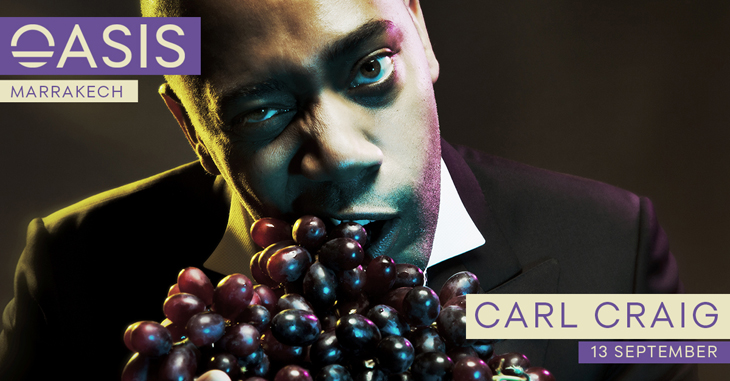 With little more than one week to go until the debut edition of Oasis festival takes place in Morocco, it’s revealed that techno innovator Carl Craig has joined the festival line-up. Also announced today is an extended 4-hour set from everybody’s favourite disco maverick, DJ Harvey, plus new additions to the extensive lifestyle programme, including pop-up […]

Oasis is set to bring a unique new festival experience to Morocco this summer with its highly anticipated debut event. The complete festival programme is revealed today, along with a competition to win the ultimate VIP package for two to the inaugural edition! Taking place from 11-13 September 2015, Oasis will be the first festival […]